ATHENS, W.Va. – Concord University is announcing that Austin “Timesplitter56” Clay has been named the new Esports Head Coach. Clay brings a strong background in the esports industry as both a competitor and a coach to the position.

“Through a very rigorous and competitive selection process, we have found an outstanding esports coach to lead this cutting edge program to continued success in varsity gaming athletics,” states Andrew Sulgit, Assistant Dean of Students. “Concord is glad to welcome Coach Clay, and we are excited about the prospects for the teams this year.”

“I am looking forward to being able to create an environment that both fosters highly competitive teams, and one that creates a welcoming community to all,” Clay says. “Furthermore, I'm looking forward to being able to help out these students with their gaming skills, but also support and give them the chance to continue their life within the esports industry, may that be competing, graphic design work, back-end work for production, casting the games, PR/social media and many more types of jobs once they are done with getting their degree here at Concord.”

As founder of an esports program at Alfred State College in New York, Clay started the program from the ground up, gaining experience in coaching, playing, being a tournament official, directing, finding sponsorships, recruiting, public relations, and many other tasks. He ran the program for two years as the president/director.

Along with competing in Overwatch at the collegiate level, Clay also served as Alfred States’ head coach of the Overwatch team. Under his guidance, the team placed in the top 100 schools for two years, and took first place in the Empire State Winter Games at Paul Smith College in New York.

Clay also volunteered for several months as head coach of Overwatch at Ottawa University in Kansas, where he recruited and helped set up a team that he says has the chance of being in the top 10 of the nation.

Since beginning competition in the fall of 2019, Concord Esports has made a mark as a powerhouse in national collegiate play. Concord holds the distinction of being the first public college or university in West Virginia to offer varsity esports to its students. 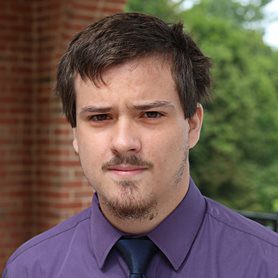