ATHENS, W.Va. – Dr. Stephen Kuehn, an associate professor of Geology at Concord University, is one of several scientists collaborating to convene an international lake coring workshop this fall. Kuehn says the intent of the drilling project is “to help solve a major scientific puzzle which has implications for future environmental conditions and availability of water supplies.”

Along with his work in convening the workshop, Kuehn is also part of a core group of nine individuals who co-authored a grant proposal for the event that was submitted to the International Continental Drilling Program (ICDP) in January of 2019. The group submitted a revised $62,500 grant proposal one year later. Funding received through this grant is being used to run the upcoming workshop.

As part of the ICDP Workshop on Scientific Drilling: PlioWest: Drilling Pliocene Lakes in Western North America, three plenary scientific presentations and multiple working groups will be held virtually between Aug. 26 and Sept. 26, 2021. In addition to the initial science team, other U.S. and international researchers have applied to participate in the workshop. Originally planned as an in-person meeting in 2020, the workshop is now being held virtually due to COVID-related travel restrictions.

Kuehn says that the upcoming workshop has three main purposes: (a) work out in more detail the scientific plans and objectives, (b) identify and put together the final science team, and (c) begin the process of putting together a full scientific drilling and coring proposal.

The international, multidisciplinary research group aims to obtain core samples from lake deposits in California, Oregon, Idaho and possibly sites in Mexico and Canada for a time in Earth history about 3 million years ago called the Pliocene. Kuehn says these core samples will be studied to produce well-dated histories of environmental, climate, and ecological conditions.

Kuehn is especially familiar with one of the areas being considered for drilling, Summer Lake in Oregon. He and Concord students have made multiple expeditions over the past dozen years to study the area’s lake history, volcanic ash layers, and earthquake faults. This collaborative student-faculty research is why Summer Lake is among the sites being considered for drilling.

He explains why studying samples from this bygone time are significant today.

“The western U.S. and Canada have been having major problems with droughts, heat waves, and fires. Recurring droughts and record-setting forest fire seasons have been going on for years,” he says. “This year many hundreds of people died from the heat, agricultural economies are being hit hard by the drought, towns and cities have water shortages, and many people have lost homes due to the fires. All the wildfire smoke also causes air pollution problems that can cause serious health issues. On the east coast, we’ve been seeing hazy and sometimes brownish skies from all of the smoke blowing over.”

“These kinds of problems are projected to get worse as carbon dioxide levels keep going up and the west keeps getting warmer and drier,” he says.

“However, during the Pliocene, which was the last time in Earth history when carbon dioxide levels in the atmosphere were at levels that we are expected to reach this century, there were actually big lakes in places that are mostly desert today. This contrasts starkly with current trends,” Kuehn points out, noting that this observation leads to some important questions.

“Why was there so much more water around in the Pliocene, and what does this have to say about the future of water supplies in North America? Will places keep getting drier as the past several decades seem to indicate, or will we cross some climate threshold beyond which things actually start getting wetter instead?

Kuehn stresses that trying to understand this, however, is important, and that the need for this knowledge extends to residents of “The Mountain State” too.

“What actually happens has huge implications, even for people in West Virginia who eat a lot of fruits, vegetables, nuts, berries, etc. that are grown in those drought-stricken areas out west,” he says. 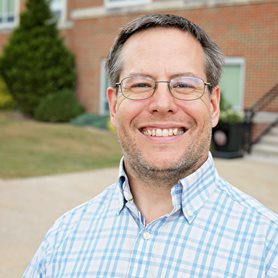