Wilson Hall houses 210 residents in a traditional hall setting. Each wing of this building has a community bathroom. Wilson Hall contains a TV Lounge with surround sound, study areas, public kitchen, a formal lounge, GSA lounge, and a recreation room. Wilson Hall was constructed in the same time frame as Wooddell Hall (1960-62), and it has been a women’s residence since being opened to students as the Women’s Upper-class Hall in 1962. The building was rededicated in 1977 in honor of Ms. Damaris O. Wilson, the Dean of Women at Concord College from 1952 until her retirement in 1972. In 2018, Wilson Hall was converted to a co-ed residence hall. 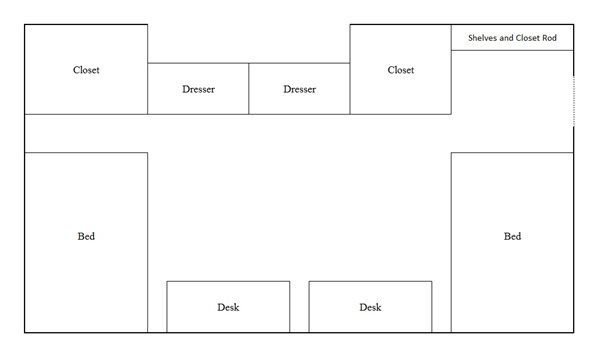 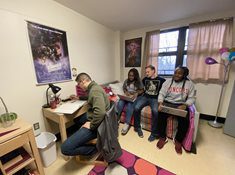 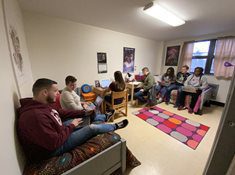 North and South Tower house approximately 330 residents in each building. Tower rooms are normally arranged with two beds per room and two rooms to a suite. Each suite contains a bathroom, foyer (with a sink), and a storage closet shared by all members. South Tower houses men and North Tower houses women. The two structures share a large lounge area with pool tables and ping pong tables. This lounge also connects the buildings to the Fitness Center. Each Tower has a TV Lounge with surround sound, laundry facilities, public kitchen, and 18 private study areas. Several suites were also updated to be more accessible, and possess sensors for those who are hearing or vision impaired. 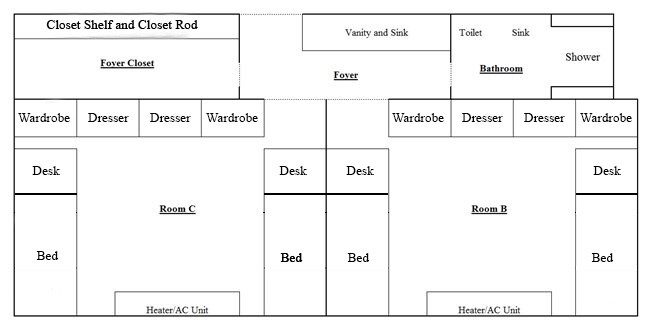 All of the furniture in towers rooms are movable. This allows students to rearrange the room to suit their personal taste. All furniture must remain in the suite. 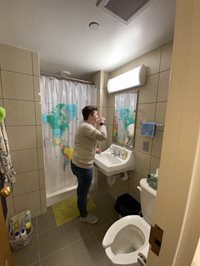 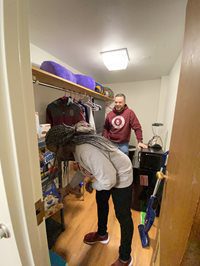 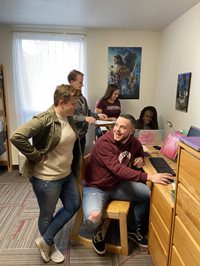 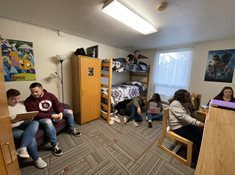 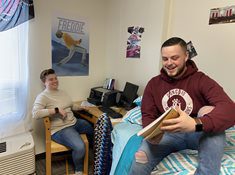 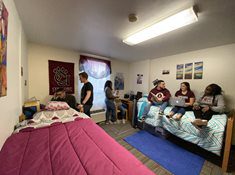