“Overall both teams did amazing and showed that Concord University is the best public university for Call of Duty this season,” stated head esports coach Austin Clay. “We are hoping to continue having this success and hope to bring this passion over to our other games in the coming seasons.”

The Maroon team ended the regular season 17-0 without dropping a single map. This once again made them the only true undefeated team throughout the season. The team brought back its star-studded roster from the inaugural season. AR player Jamie “Megatron” Nickell once again served as captain with AR player Bennett “RedChase” Daffron, sub player Andrew “Crooked” Thompson, and the sub player Zachary “Trauma” Roney joining him on the team.  The head coach for the Maroon team, Jordan “Azrael” McCarthy, also was a returning member. McCarthy is a freelance coach for Concord.

The Maroon team was able to finish the playoffs in third only dropping games to both of the Ottawa University, Kansas, teams Gold and Black. They made it to the winner’s finals playing Ottawa Gold dropping the series 3-0, dropping them to the loser finals, where they lost the series to Ottawa Black 3-1. The third place finish earns them $3,125 in total being split four ways with each player earning $781.25.

“The Grey team ended the regular season 9-8, which was a massive improvement from last season and was just barely good enough for them to make qualifies for playoffs,” Clay said. “They were able to win qualifies to allow them to play during playoffs.”

On the bench were players that helped the team get to the playoffs: Dakota “Trash” Shreve, Michael “Rubix” Hare, and Dawson “xzerobot” Tolbert. Nickell, captain of the Maroon team, also assisted with coaching the Grey team throughout the regular season.

“The Grey team made a crazy run in the lower bracket after dropping the first game in the playoffs to Georgia Southern University 3-0. After that loss, the run started with them winning 3-2 against Rutgers University Scarlet and then beating each team in a 3-0 fashion, until Texas State where the team beat them 3-1, before eventually losing trying to get into the top 4. That run allowed them to reach an amazing placement of 5th-8th,” Clay said.

By finishing within that range, the Grey team was able to also earn some of the prize pool. The team received $390.62 in total which was split four ways with each player earning $97.66. Only the players that played in the playoffs get part of the prize money according to CCL rules.

Additional statistical information on the teams is available at https://collegecod.com.

Since beginning competition in the fall of 2019, Concord Esports has made a mark as a powerhouse in national collegiate play. Concord University holds the distinction of being the first public college or university in West Virginia to offer varsity esports to its students.

To learn more about Concord Esports, please visit http://www.concord.edu and click on Student Life, then Esports. 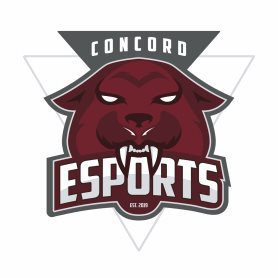